AkinBlog
Home Entertainment Nengi Is Not The Cause Of Your Frustration - Bobrisky Drags Toyin...

Popular Nigerian crossdresser, Bobrisky has dragged Toyin Lawani after saying that she was disappointed by BBNaija’s housemate, Nengi as she dated her boyfriend.

His post comes hours after popular Toyin Lawani took to her Instagram page to blast the BBNaija housemate who was rumoured to have dated her lover, Lord Triggs in the past.

Bobrisky who later took to social media dragged the Fashion Designer and said that Nengi is not the cause of her frustration.

Check out Bobrisky’s posts below; 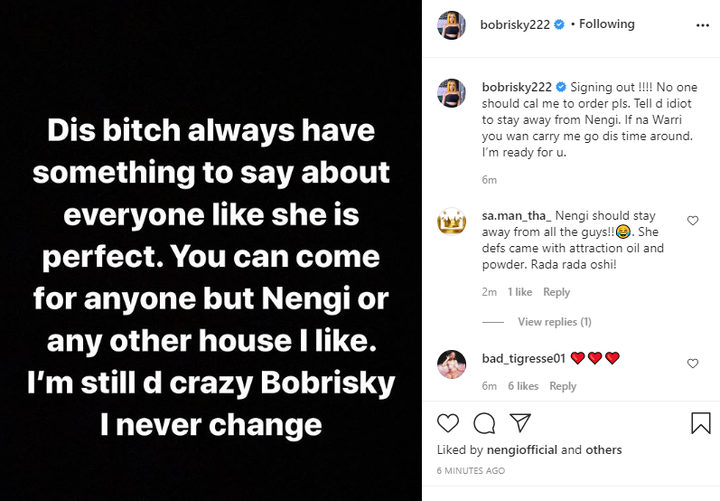 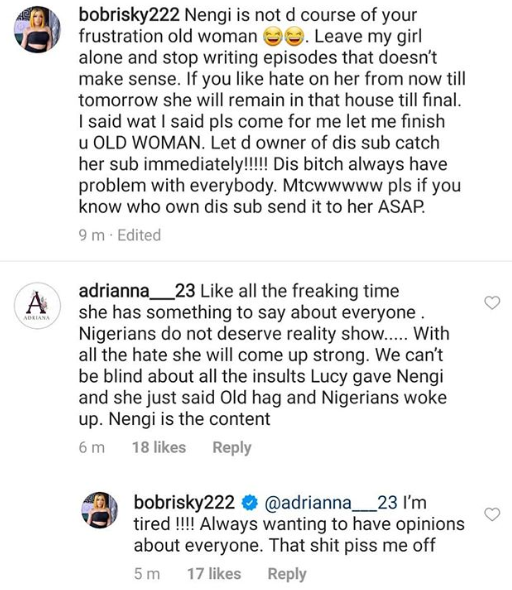 It could be recalled that in a yesterday’s fight between the two housemates, Nengi said Lucy looks like an old woman and amoeba and Lucy also fought back by saying Nengi body shape isn’t real that she did a surgery to have such.

According to what we learnt from this, The fight actually started shortly after Eric and Tochi were evicted from the Big brother house.

Stingy Men Association of Nigeria (SMAN) has entered another level as New app is now available for Men who are stingy and not ready...
Read more
Editorial pick

Bayelsa State government has said that there is no need for confusion as to who is the face of Bayelsa Girl child. This comes after...
Read more
Editorial pick