AkinBlog
Home Entertainment See What Osaze Odemwingie Said In Video As He Apologizes to Peter... 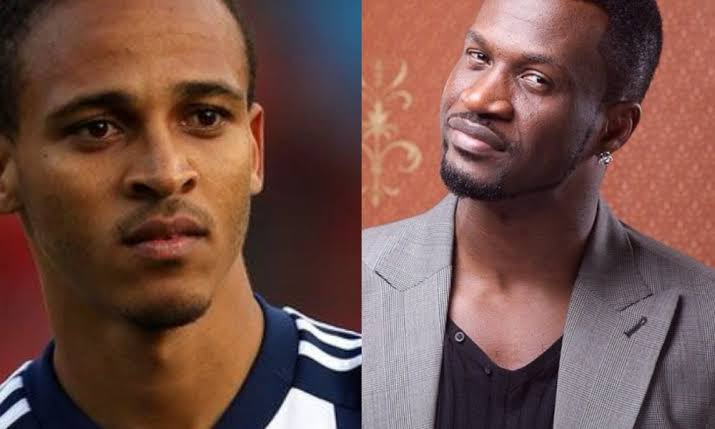 In a new video, Former Nigerian Footballer explained why he attacked his betting business and dance challenge.

Osaze said he didn’t mean no offence but they are brothers and truth need to be said.

As you have asked people to pray for me as if all is not well with me and I think I will do the same to you.

He stated the main reason of accusing Peter Okoye that when he watched a video of a young man who took his last mother’s money (N500) to gamble.

Although the young man won but supposing he didn’t win, something bad may have come out of this.

He warned Peter Okoye to stop encouraging gambling game and he felt heeeded to tell him the truth because Gambling is addiction and he should have advised the young man who took his mother last N500 never do that again.

He also said many betting companies have offered him deal to Partner with them but he didn’t want to get himself involved since it doesn’t like gambling.

READ  Is Nollywood actor, Lateef Adedimeji another Bobrisky in making ?

It can be recalled that Osaze and Peter Okoye are long time friends.

Before the disbandment of Psquare, Osaze used to be a very close friend to Peter and Paul Okoye.

Popular Yoruba activist, Sunday Adeyemo who is popularly called Sunday Igboho has reacted to the fire incident which happened in one of his residence...
Read more
News

US President, Joe Biden has said that his administration would explore ways to speed up the release of $20 bills that will carry the...
Read more
News

Quite a number of Nigerian celebrities have at one time or another changed their names for reasons which are best known to them.
READ  Peter Okoye Fight Dirty With Fan Who Accused Him Of Scam
While many...
Read more
News